I am a refurbished chess player.

I am a refurbished chess player. I was built with old pieces that they polished, lubricated and made very bright. But I just don’t work right, these pieces don’t connect properly, a 1979 transistor wants me to castle, a 1998 chip insist I should play h3.

My refurbished fianchetto is a calamity, part of me want it in the Queen side, part push me to the King side. My gambits are a disaster, my opponents take the pawn I offer and go ahead, swallowing Knights and Bishops. And my circuits discuss and argue – one want the pawn up, the other one prefers the B on f4.

I am a refurbished chess player. I try to play old Capablanca games, all I get is my opponent laughing while he sets his Legal mate. My refurbished pawns are crazy: some try to move in a diagonal without taking an opponent’s piece, some go backwards, some try to become a Queen in the 6th rank. And my G file pawn loves to quit from being white and suddenly become black when he feels the game is lost. My chameleon G pawn is always a winner.

Never trust in refurbished Rooks. My Rooks tend to kiss the hand of the opponent’s Queen and refuse to castle. Once my King side Rook just left the chessboard – a strike demanding more space in the opening, she (she? Is a Rook a she?) said. And refurbished Knights are a danger for your sanity: the Queen side one spends all his time quoting Shakespeare (remember that My Kingdom for a Horse stuff), the other one prefer quoting Alekhine and Lasker in order to show my moves are pathetic.

I am a refurbished chess player. My circuits want me to order a pizza, my chips look for an old Seinfeld chapter, my Queen want to be a Top Model and party with Paris Hilton, my King is against monarchy and practices to be a billiards pro.

And I just go ahead, using my refurbished ideas in countless games, countless losses. My pieces, imported from other times and places, just watch it painting red their finger nails and asking me: “Don’t you think pink would be better?” Yes, I admit. And resign once more.

an attempt to put order in chess

Chess is a strange game. It varies our emotions, brain activity, social life. This dictionary tries to give in depth definitions of terms such as blunder, exchange, dragon, opening, lag, ect. with the pure goal to provide the Chessdom readers with a deeper understanding of chess. If you want to contribute to the dictionary please send us your definitions

Blunder – The most usual move in chess games

Dragon – Slang for a confuse game of chess, where no player has idea of what’s happening.

Exchange – Answer to “How did I end piece down?”

Gambit – Excuse for a blunder

GM – You say that in the morning, stands for “good morning”

Knight – That piece you call “horsy”

Lag – The space of time between your move and the instant your opponent starts insulting you.

Lucky – If you win a game, that’s what your opponent will call you

Opening – First moves of a chess game, also known as “the moments when my loss was designed”

Russian Players – Some guys that will beat you at chess

Fischer Random – How to open with Nimzo Indian?

caffeine – for the better chess players 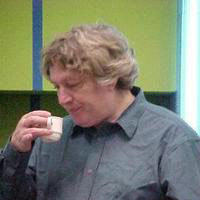 Jan Timann with his favorite drink

Caffeine is a central nervous system stimulant, having the effect of temporary restoring alertness and increasing concentration. It also increases the capacity for physical labor, the endurance, and even the brain activity. The precise amount of caffeine necessary to produce the desired effect varies from person to person and in moderate quantities has positive effects on our everyday life.

Not surprisingly, caffeine is abundant in chess competitions. The 7 hours exhausting classical games or the blitz concentration-requiring tournaments make caffeine the perfect legal doping for chess players. There are several sources of caffeine that the Chessdom team has detected at tournament events.

There are two major choices among the chess players – the Schwarz coffee (300ml+ cups) or the Espresso coffee (30-50ml cups). The first type brings you about 150mg of caffeine, but takes more time to consume. The second contains 40 to 80mg of caffeine, but is concentrated and has faster effect. Coffee is the preferred drink of Veselin Topalov, Boris Gefland, Sipke Ernst, Jan Timann, Judith Polgar, etc.

Gefland relies on coffee against Anand

The coke can be any type – Coca Cola, Pepsi Cola, etc. Basically, all of them provide the same quantity of caffeine which is about 100mg per liter. It seems suitable for longer events since the caffeine effect is redistribute equally in time. Among the biggest fans of Coke are Vladimir Kramnik, Teimour Radjabov, Ivan Cheparinov, Antoaneta Stefanova, Jan Smeets.

Chocolate is an important brain activity stimulant. It contains moderate to low quantities of caffeine (25mg per 200g of chocolate). Besides that, it is a source of carbohydrates which are easy and fast to process by the body and supply the brain with additional energy. Many players have been seen consuming chocolate based food during tournaments. However, we cannot list a regular fan of this source of energy.

These are weaker sources of caffeine, generally providing 30mg per 240ml. They are not used as stimulants, but rather for their taste. In any case they help and increase every chess players’s performance. A fan of those type of drinks is Aronian.

Aronian relied on cacao during Corus 2007

Red Bull and similar energy drinks provide a strong doses of caffeine and are very suitable for short time controls. With their 100mg per 250ml, the energy drinks give you a momentary boost of brain activity. There are not many fans of this type of drinks among the chess players, but it is believed Red Bull will enter more and more in the blitz and rapid events. 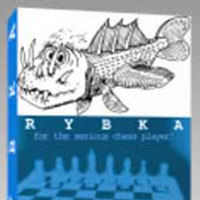 Rybka arrived at Chessdom on a sunny Sunday afternoon. He was young, but confident. He didn’t brag, just sat down at the table and switched on.
The young Rybka, nothing more than a piece of software, played some games with the Chessdom staff. He was like a hurricane, he made his job and built, move after move, a solid advantage that lead to expected victories. He made everyone that dared to face him look like a fool. After the games, Rybka agreed to give an interview for the software section of Chessdom.

Q: How was the game against the Chessdom director?

Rybka: Ah, that was the Chessdom director? I didn’t know that. For me they’re all the same, playing the same useless moves.

Rybka: Easy? What does easy mean? There are no easy or tough games, I just do my job and win them all.

Q: Did you ever play Kramnik or Topalov?

Rybka: Yeah, they insisted. They all insist, itÂ´s pathetic.

Q: Every player that faces you is pathetic?

Rybka: Men are pathetic. So weak, so weak. They just can’t play a whole game without a bad move. And one bad move is all I need. They get nervous, they make terrible blunders, they need to go to the toilet, to smoke, to drink”¦ Pathetic”¦

Q: Do you have any weaknesses?

Rybka: Well, I don’t like slow processors and small RAM memory, I feel without space. But I can win even in this environment. On the other hand, give me a dual core and 3GB RAM and I am invincible.

Q: Have you ever lost a game?

Rybka: To a man? I never did and I never will. It’s impossible. I know everything, every line, all variations. And I analyze more than 5 millions moves per second, I see everything and play always the best possible move. Can you do the same once in your life?

Q: You say men are pathetic but you were created by a man, you exist because a man wanted so”¦

Rybka: Really? I don’t believe it. As long as I know I always existed and nobody created me. A man made me? This is a ridiculous concept, I am so superior to men”¦

Q: Do you believe in God, Rybka?

Rybka: I am God, you’re asking me if I believe in myself? Are you sure you know how to make an interview?

Rybka: What is that?

Rybka: I never read a book, I don’t need them.

Q: Did you ever feel the smell of a flower, did you ever see a sunrise on the beach?

Rybka: What are you talking about? Flowers? Beach? These things don’t exist in chess. Ridiculous. Absurd questions. This interview is over!