Scandal occurred after the chess-football exhibition

Our reporter from the Grand Hotel Sofia has just received breaking news! A new scandal is rocking the chess world, but this time it spreads and will have impact on the soccer world as well. Chess United has filed an official complaint against the dubious decisions during the match against Levski. There Ivan Cheparinov scored a spectacular goal at the moment the referee gave the end of the game. 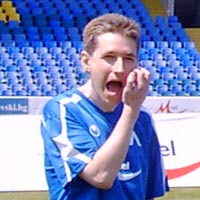 The final decision of the Appealse Committee is the game to be replayed! The event will happen on May 13, 2008. We got in touch with the managers of the two teams, but they do not want to reveal what changes they will make in the lineup.

Gold plated icon for the winner

It is already a tradition at Mtel Masters: the winner receives an icon. The last two years Topalov won the “Entering Jerusalem” and “Saint George the Winner”. This year the prize is “Four Saints – Warriors”. 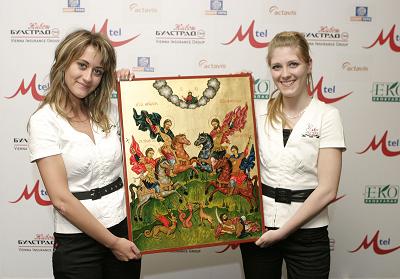 The vice president of FIDE, Georgios Makropoulos, will arrive in Sofia today. He will be special guest of the closing ceremony of Mtel Masters 2007.

The American mathematician Jason Judith is the leader in the game Play like Topalov. Jason plays under the nickname NimzoCapa. He believes the secret of his success is that he is growing a beard and looks a little bit like Topalov.

Jason has guessed 152 move so far and is close to the record of Alex Brunetti.