Ivanchuk and Carlsen heroes for the chess team, the Ukranian refuses doping test

Chess Utd made the impossible and defeated the many times Bulgarian soccer champion Levski (Sofia) in a dramatic match. The previous encounters between the two teams have been won by Levski, but today the Chess team was victorious.

The event started by an early goal for Levski by the ex Bulgarian national players (who also played for several German Bundesliga teams and scored goals at the World Cup USA 94 finals). The answer from the chess players came a minute later when Dominguez and Carlsen checkmated the defence of Levski after a series of tricky passes and a nice final shot by the Cuban.

Borimirov gave again wings to Levski by scoring 2 goals in 3 minutes. The match for Chess Utd got dramatic when Topalov received a face injury. Thanks to the doctor on the field he returned in play, but with a special face protection mask.

Magnus Carlsen returned one goal after individual attack, but Chess Utd could not find their place on the field and Emil Velev added two more goals to make the score 5-2. This was the moment when the goalkeeper Ivanchuk turned around the events he managed to save five 100% clear goal opportunities and allowed only a goal by another ex national player Bojidar Iskrenov.

Somehow Chess Utd took control of the midfield and started pressuring Levski. This led to an awkward own goal by the current national goal keeper of Bulgaria – Georgi Petkov. This was the moment for Carlsen to show his soccer skills. With 2 assists and 2 goals he made the score 6-6, as the last goal came just seconds before the final whistle.

With the score equal the teams proceeded to penalty shootout. Ivanchuk saved 6 of the 7 penalties and scored the final penalty for Chess Utd to make the score 8-7 and give the victory to the GMs.

After the game the medical staff requested doping test from Ivanchuk, who refused. The case has been filed to the disciplinary commission. 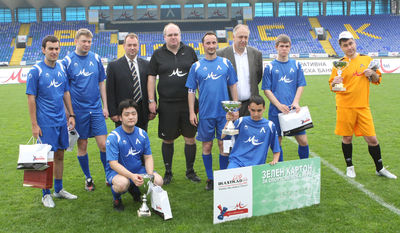 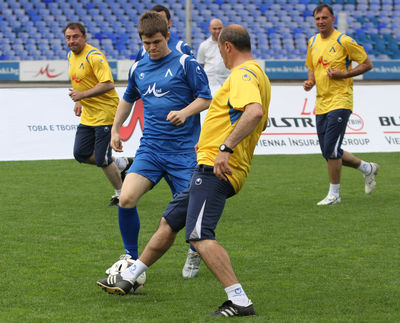 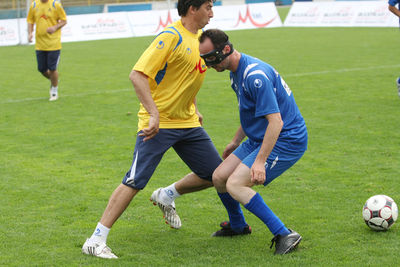